The Club’s first success came in 1913 when they won the Dorset Minor Cup for the only time. A year later they were runners-up in the Dorset Junior Challenge Cup.

The Thirties were a triumphant period in Wimborne Town’s history as they carried off the Dorset League Division Two title three times and finished runners-up on a further occasion. The Magpies were also runners-up in Dorset League Division One in 1939. This period also proved successful for Wimborne in cup competitions. The Dorset Junior Challenge Cup was won twice in three final appearances and the Magpies also enjoyed four Dorset Junior Amateur Cup victories in five seasons between 1935 and 1939.

Wimborne’s first senior honour came in 1937 with the Dorset Senior Amateur Cup but this turned out to be the last honour for some while and it was not until 1964 that this success was repeated. After another lean spell, this time 17 years, Wimborne won the Dorset League Division One championship without losing a match. The Reserve team retained the championship the following season.

In 1981, following the installation of floodlights and the construction of a perimeter wall and new changing rooms at their Cuthbury ground, Wimborne were admitted to the First Division of the Western League. They immediately established themselves among the leading clubs, just losing out on third spot to local rivals Swanage on goal difference. The 1984/85 season saw Wimborne Town’s most successful in the Western League when they finished in third place, this time ahead of Swanage on goal difference.

In recent years, Wimborne Town have appeared in 12 County Cup Finals. The Dorset Senior Challenge Cup Final has been contested eight times with victories in 1991/92 and 1996/97. Wimborne have also reached the Dorset League Cup Final on four occasions.

The Magpies entered FA competitions for the first time in many years in 1982/83 when wins over Bridport, Falmouth Town, St Blazey, Bath City and Merthyr Tydfil earned them a visit to Aldershot, then a Football League side, in the First Round Proper. That’s where the Wembley dream ended, however, with a gallant 4-0 exit.

Before 1992, Wimborne Town’s best performances in the FA Vase had brought them Third Round appearances on three occasions. However, that record was eclipsed in 1992, when the Club, led by Chairman Brian Maidment & manager Alex Pike, enjoyed an epic run to the Wembley final where they defeated favourites Guiseley 5-3 to lift the trophy. In so doing, Wimborne Town became the first ever Dorset club at any level to contest a Wembley final. During that same historic season, Wimborne also won the Dorset Senior Challenge Cup and Wessex League championship to complete a unique treble of trophies.

Season 2009/10 saw the Club, managed by Alex Browne, gain promotion to the Southern League, the highest position in the non-league pyramid that Wimborne Town has occupied in its history.

Steve Cuss was appointed manager in June 2011 and he led the Magpies to 12th spot in the table in season 2012/13.After four years of service during which time Steve established the Club in the Southern League and led them to the First Round Proper of the FA Trophy in 2014/15, he resigned in November 2015, club stalwart Paul Roast took over as caretaker boss before replacement Simon Browne the brother of previous manager Alex took over full time. Unfortunately, Simon’s financial expectations for the 2016-17 season could not be met, the playing budget being slashed  and most of the squad leaving, relegation was avoided and he resigned in May 2016.

Meanwhile, Chairman Ken Stewart stepped down in January 2016 and was replaced by Paula Henley. Paula put together an experienced and professional Board of Directors and lead the club towards a bright future.

In July 2016, ex professional and former AFC Bournemouth Pre-Academy Lead Coach, Matty Holmes joined Wimborne Town as 1st Team Manager. Matty brought his brother Danny with him. Together, they work hard on introducing a new brand of football, which has proved both pleasing to the eye and effective. Matty assembled a strong but young squad which achieved our then highest position in the Southern League of 11th.

The team improved on that in 2017-18, finishing 3rd on 77 points, having scored over 100 goals, and winning the Dorset Senior Cup for the first time in 21 years. The euphoria was muted by a play-off final defeat by Swindon Supermarine in a penalty shoot-out. However, the restructuring of leagues at Steps 3 and 4, and the demise of Shaw Lane FC led to a late promotion for Wimborne as the highest performing team not already promoted.

In 2018/2019 the magpies played at Step 3 for the first time in their history. After an initial struggle they more than held their own achieving a place just below halfway. Matty has also started working with the other teams in the club to develop talent at all age levels.

With new players signed for the 2019/2020 season Matty and the club is looking forward to the new season.

Come and Support the Magpies

Ticket prices and admission policy for the 2020-21 season are as follows:

For concessions and Under 16’s, the following forms of identification are acceptable and must be produced at the turnstile:

Numbered tickets will be issued and recorded to comply with FA and League rules. These tickets will act as half time passes to get in and out of the ground.

Press, media and photographers should apply for a match day press pass at least 72 hours before kick off and should produce a valid NUJ or show membership of their appropriate accredited professional body.

The following season ticket packages are available from the Clubhouse for the 2020-21 season.

Available from the Bar on Matchdays, or contact Clubhouse Manager Clive Bailey on 07464 876 986

Why not enjoy a pre-match hot meal with a drink & a half time cup of tea or coffee in the 1878 suite? 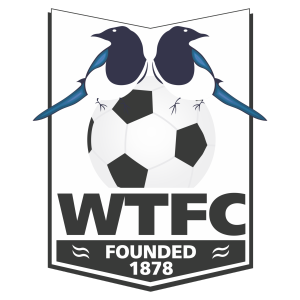